“From Drag Queen to Rabbi (and Everywhere in Between)” 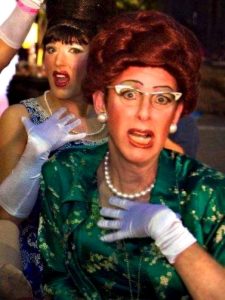 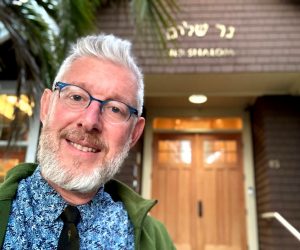 Join us for a far-reaching conversation about queerness, spirituality, cultural influence and transmission, ancestral voices, Torah, how to choose sensible pumps, and whatever else arises.

Longtime (and admittedly AWOL) Billy Club member Irwin Keller has served as Spiritual Leader of Congregation Ner Shalom in Sonoma County since 2008. He is a longtime LGBTQI rights activist, and authored Chicago’s first gay rights law, in effect since 1989. He is the former Executive Director of the AIDS Legal Referral Panel of the San Francisco Bay Area. Most memorably in queer circles, he was a co-founder, writer and performer with the Kinsey Sicks, “America’s Favorite Dragapella Beautyshop Quartet,” a 21-year career that included thousands of performance in 48 states and abroad, an Off-Broadway show, 2 films, and 8 albums. Irwin received his rabbinic ordination this year through the ALEPH Alliance for Jewish Renewal, in the lineage of Rabbi Zalman Schachter-Shalomi. He blogs at irwinkeller.com.

To get in the mood for this event, consider taking a gander at Irwin’s TedX talk about the 2004 San Francisco same-sex weddings (https://www.youtube.com/watch?v=81yA59ZzRpk), or this 2003 performance of “Locked Out of the Chapel of Love” with the Kinsey Sicks (https://www.facebook.com/kinseysicks/videos/372181283791245/).

RSVP to receive the Zoom meeting link via email